To celebrate British Science Week, we have been investigating materials. We pretended to be the Big Bad Wolf to test the strength of different materials. We made predictions about which we thought would be the strongest materials. We then tried to blow away bricks, pom poms, chocolate, paper, wood and feathers. We decided that the feathers, pom poms and paper would not be good materials too build a house because we could blow them away easily! Although the chocolate was tricky to move, we decided it wouldn’t be good to build a house from because it might melt and we’d be too tempted to eat it! We found out that bricks, wood and stone were heavy, strong and difficult to break, so we chose them to use to build our houses.
We also tried to help the Gingerbread Man cross the river and save him from the fox. We had some brilliant ideas to solve the problem. For example, use a boat, a raft, a submarine, build a bridge, make him a special swim suit and jump over the river! We decided to make some rafts using plastic, wood and paper. We again made predictions about which one we thought would keep the Gingerbread Man dry. We put the rafts in the water and left them overnight. In the morning, we found that the Gingerbread Man on the paper and wooden rafts were all soggy, mushy, wet and fell apart when we tried to pick them up. The paper had absorbed the water and and the water had passed through the gaps in the wood. The Gingerbread Man on the plastic raft was completely dry! We talked about the word waterproof and what it meant and all enjoyed a good poke of the mushy gingerbread people! 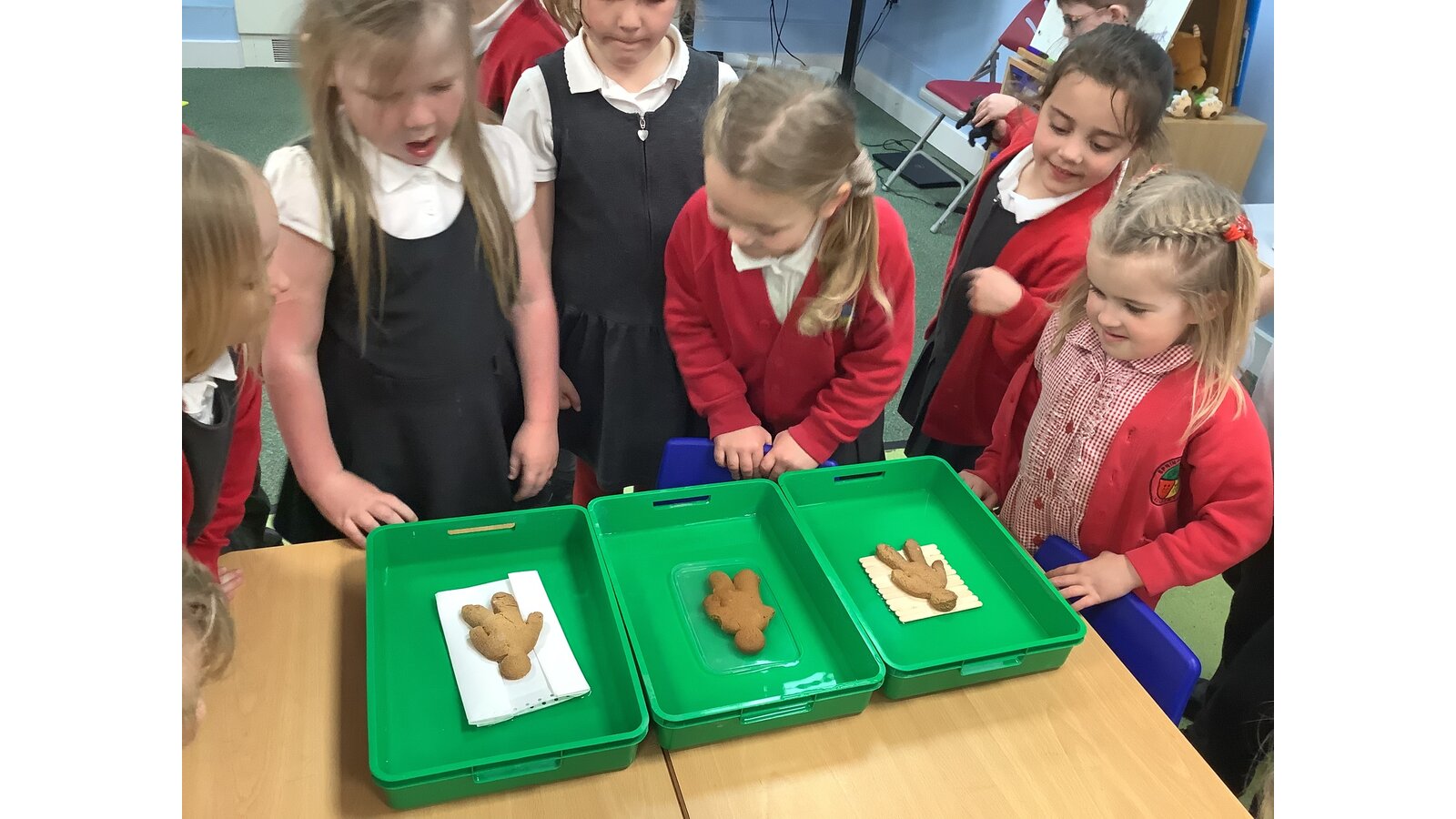 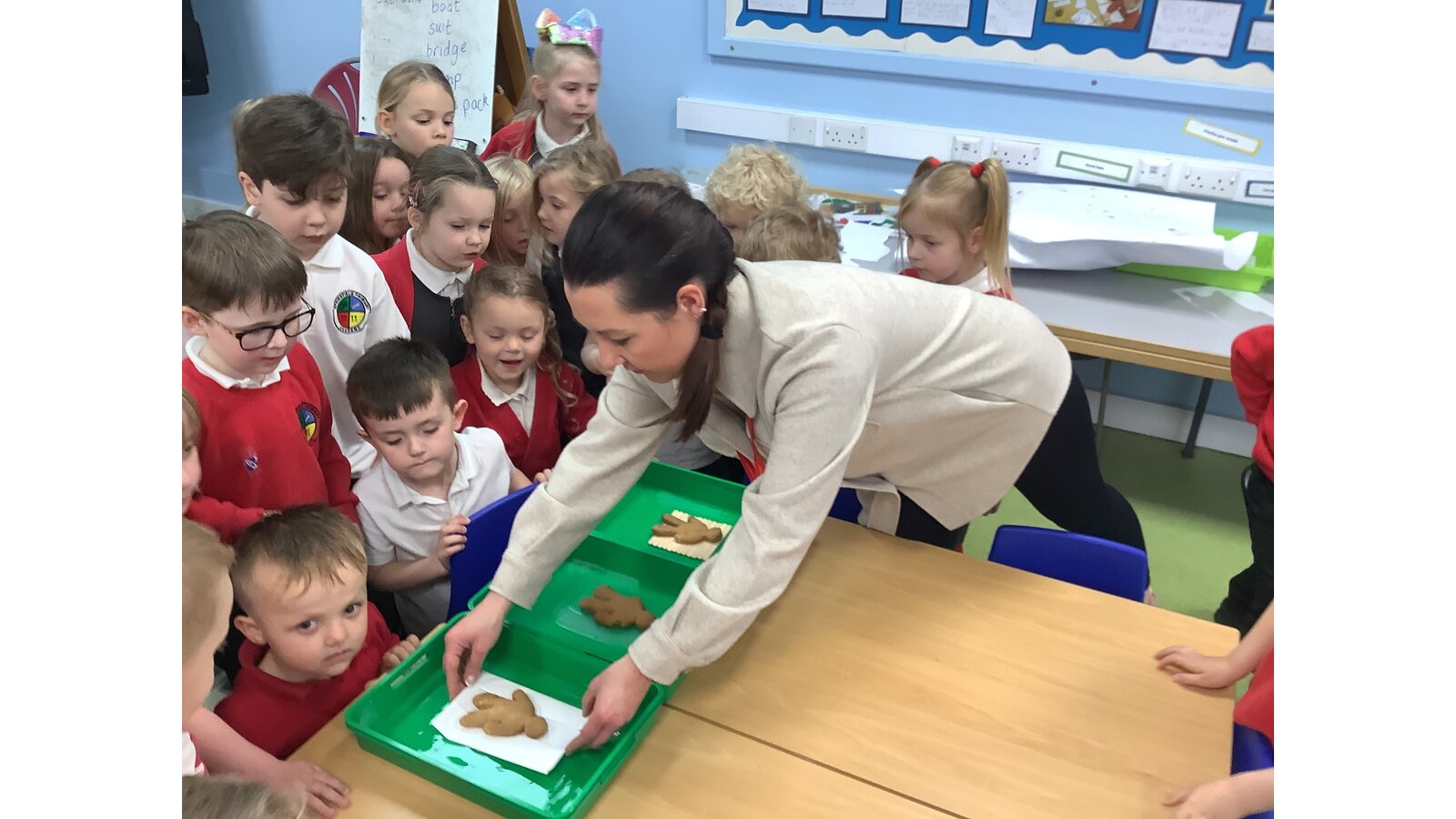 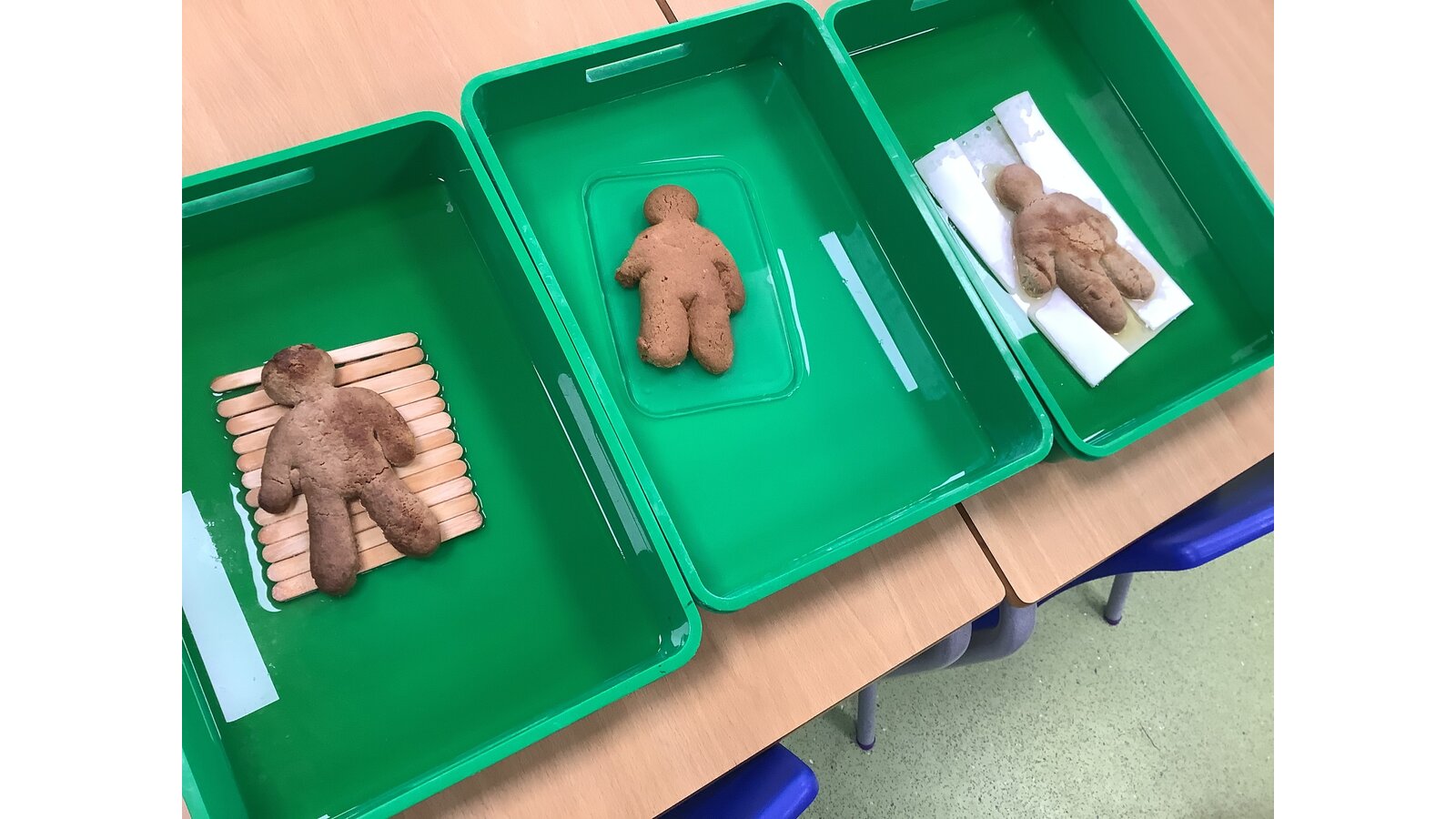 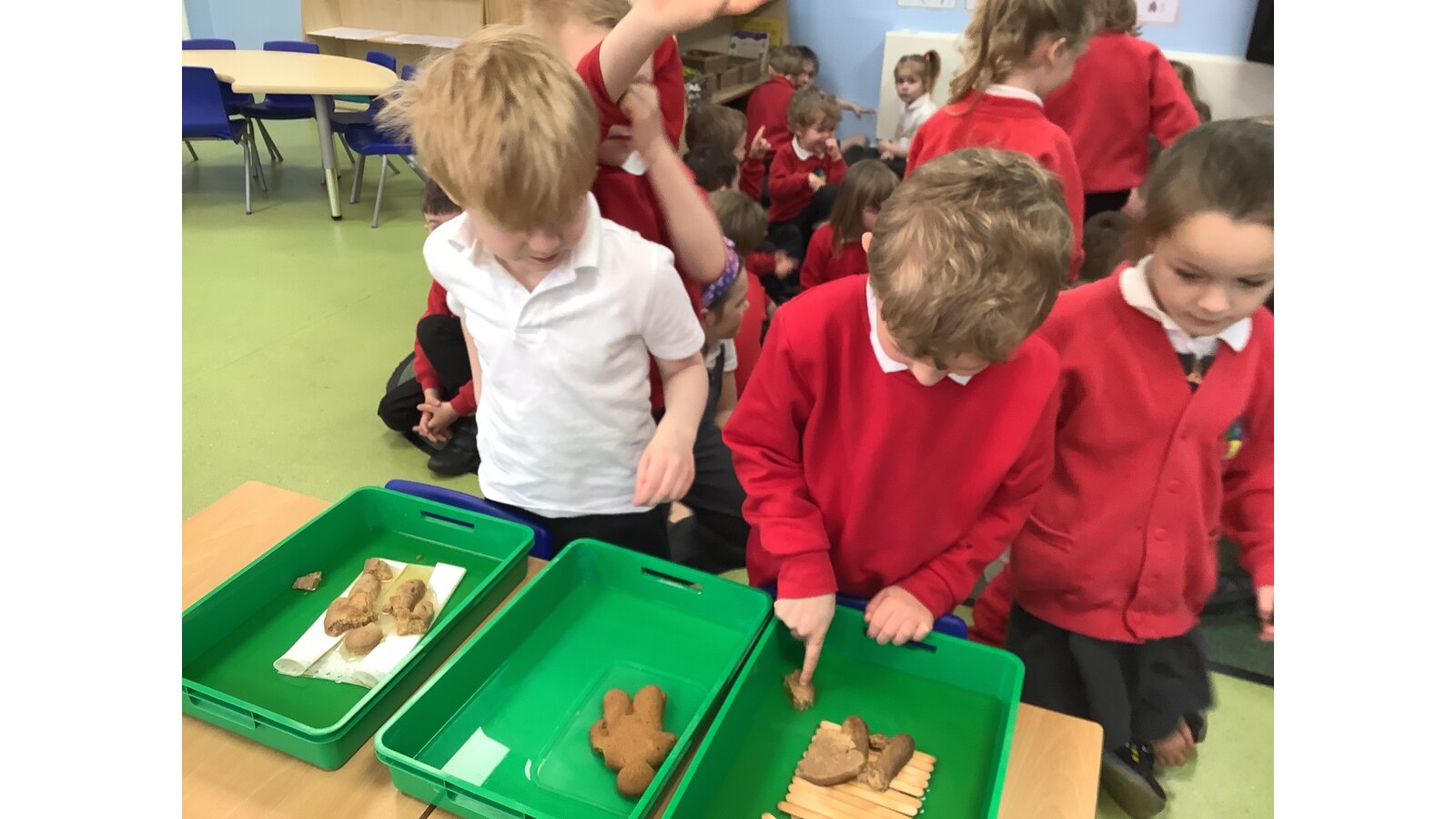 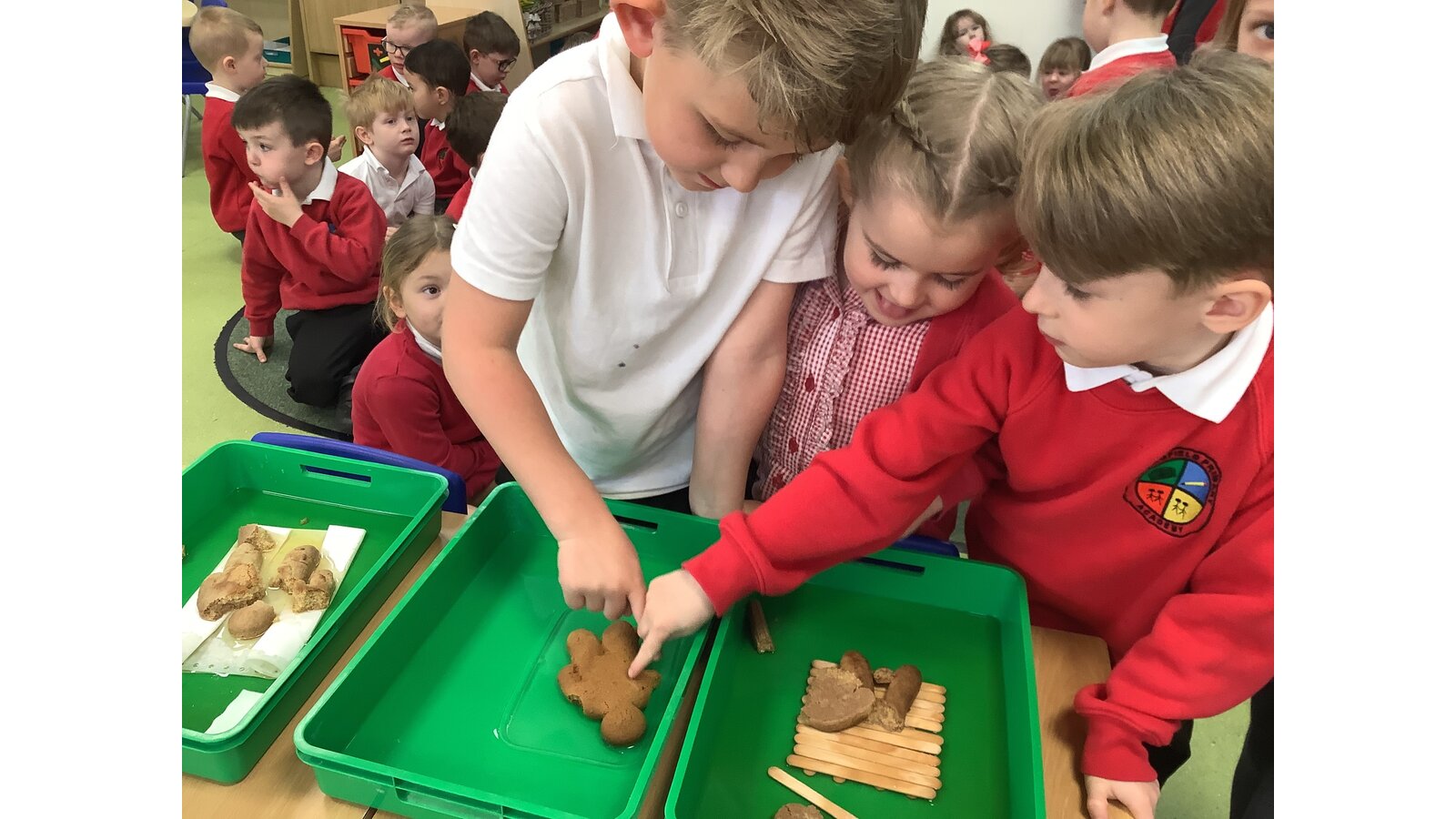 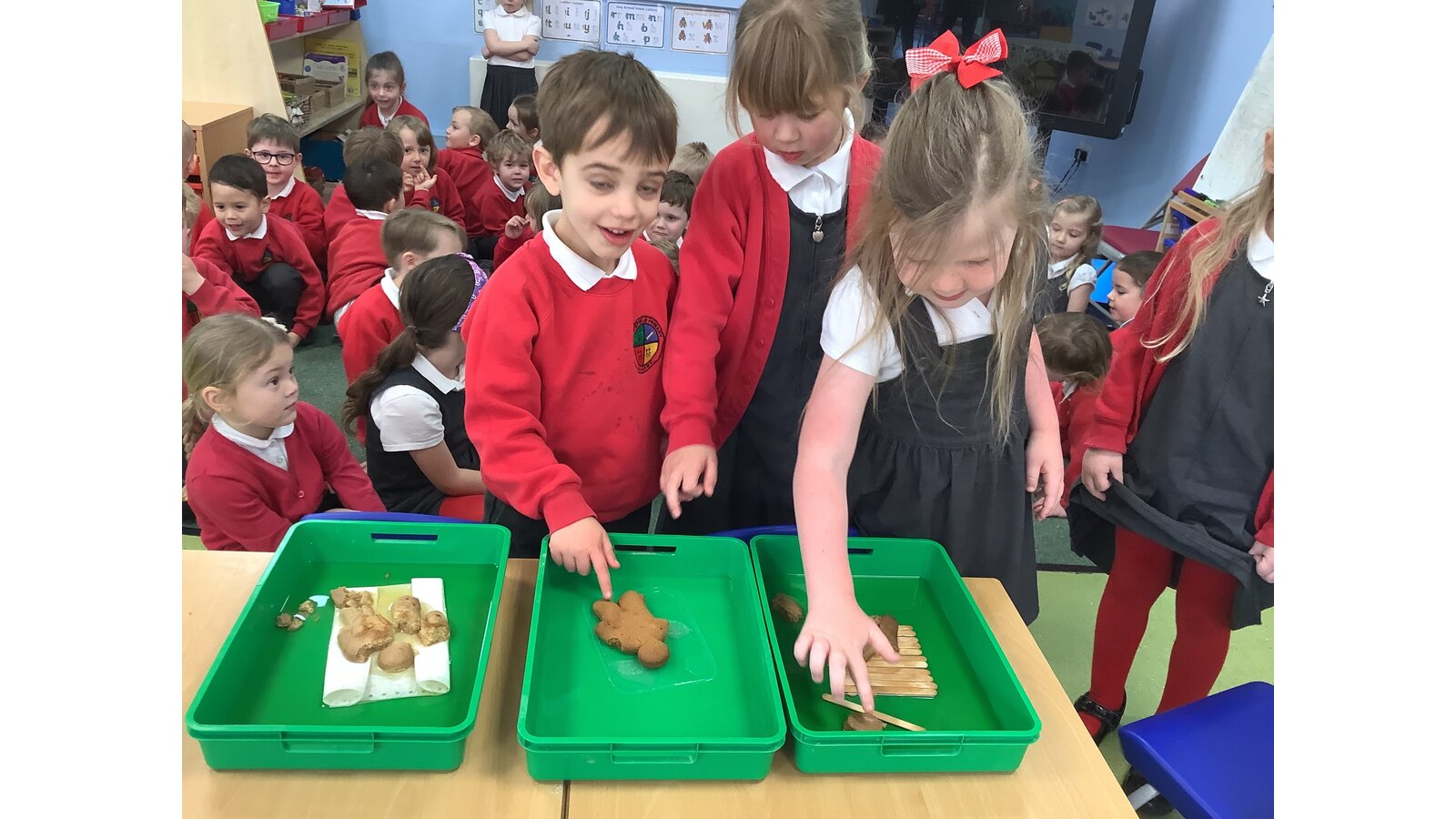 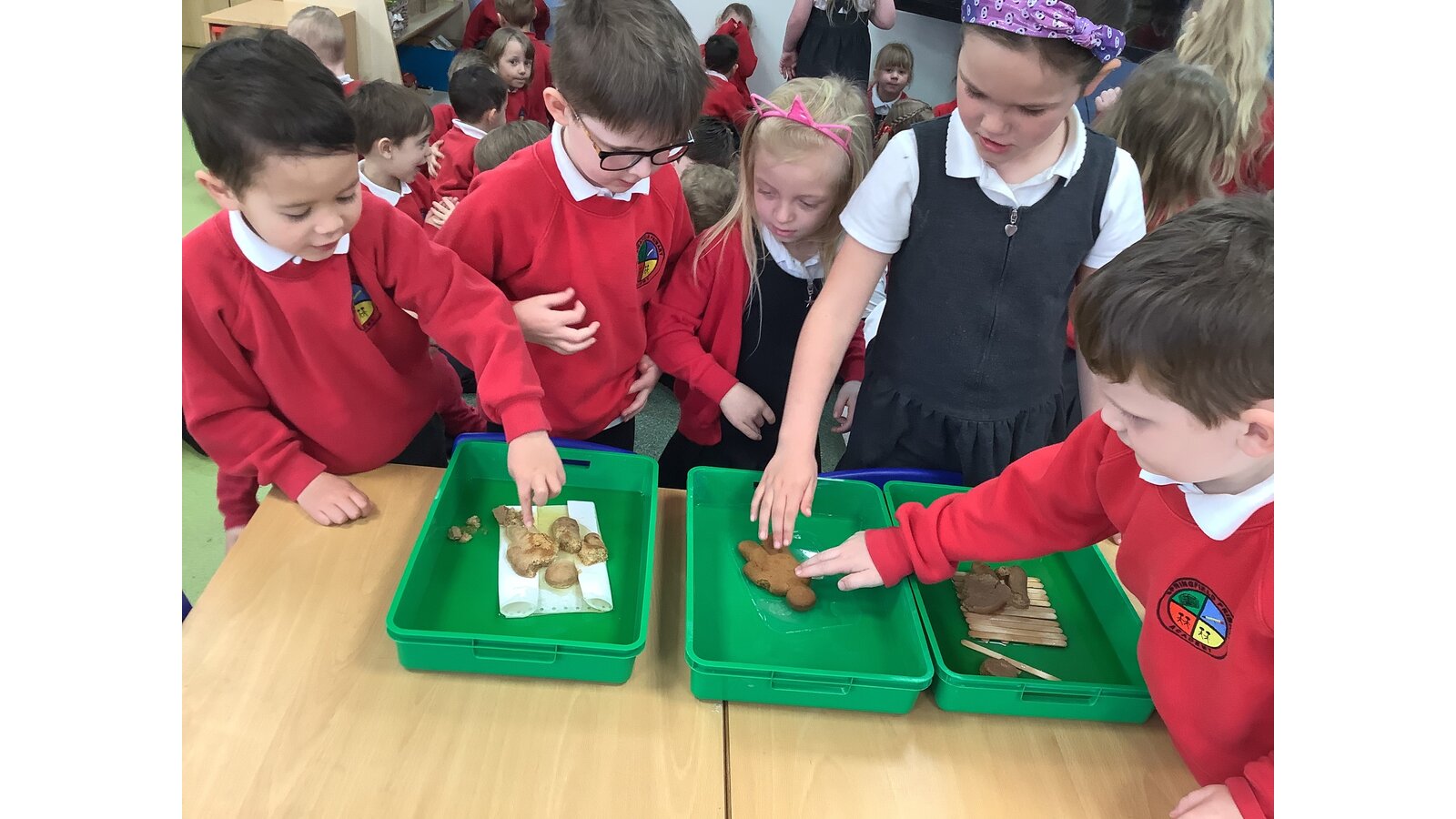 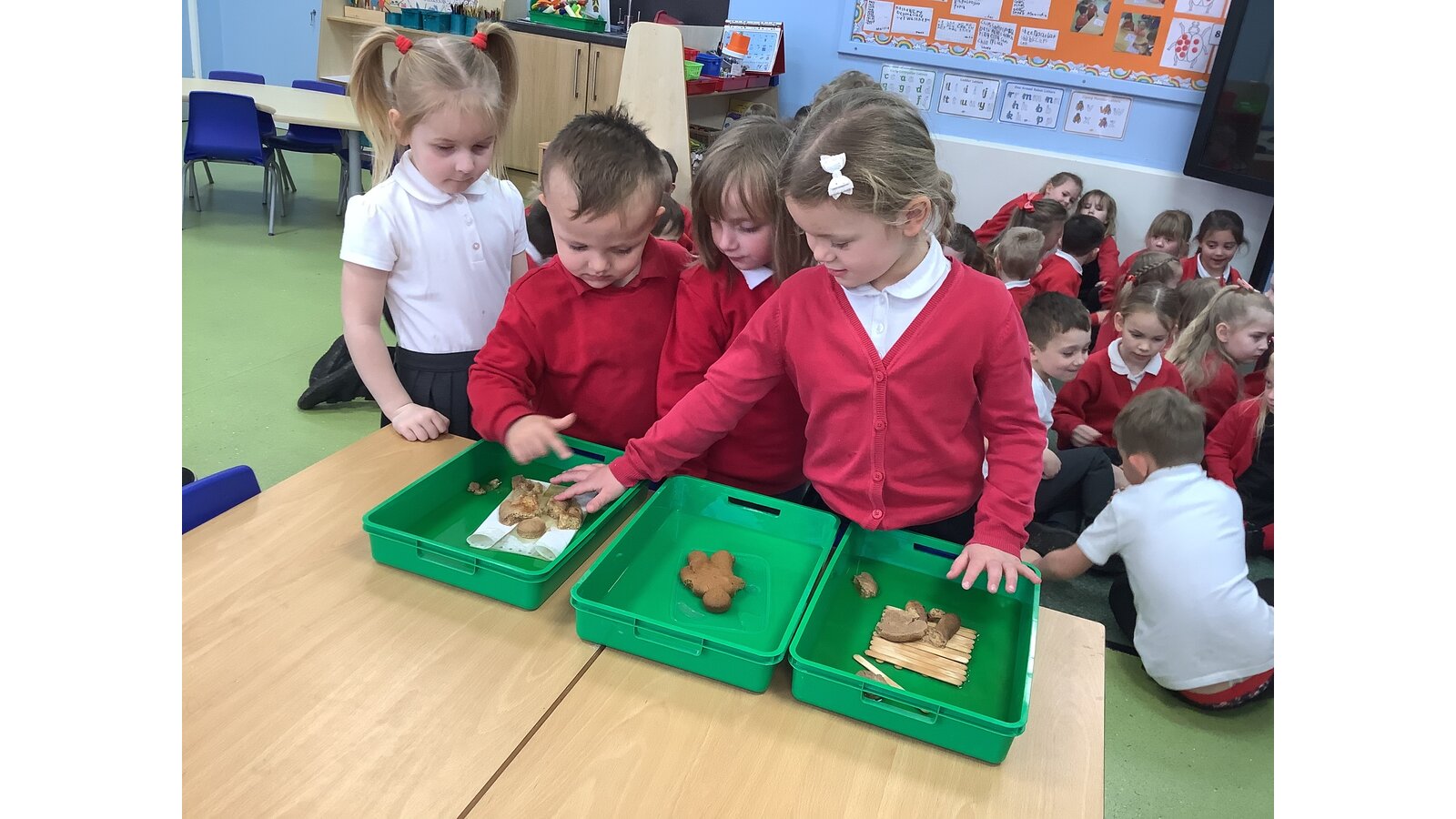 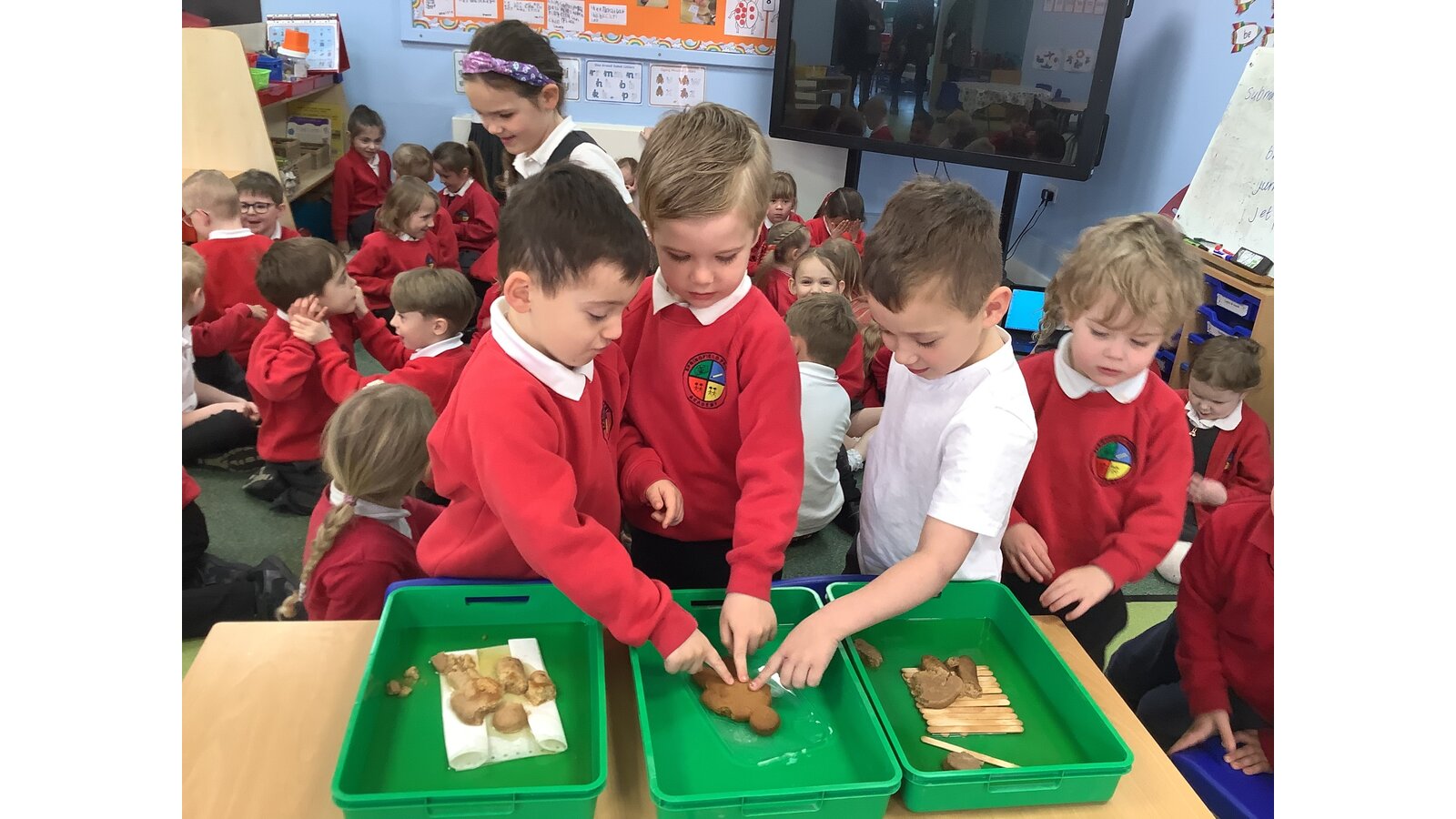 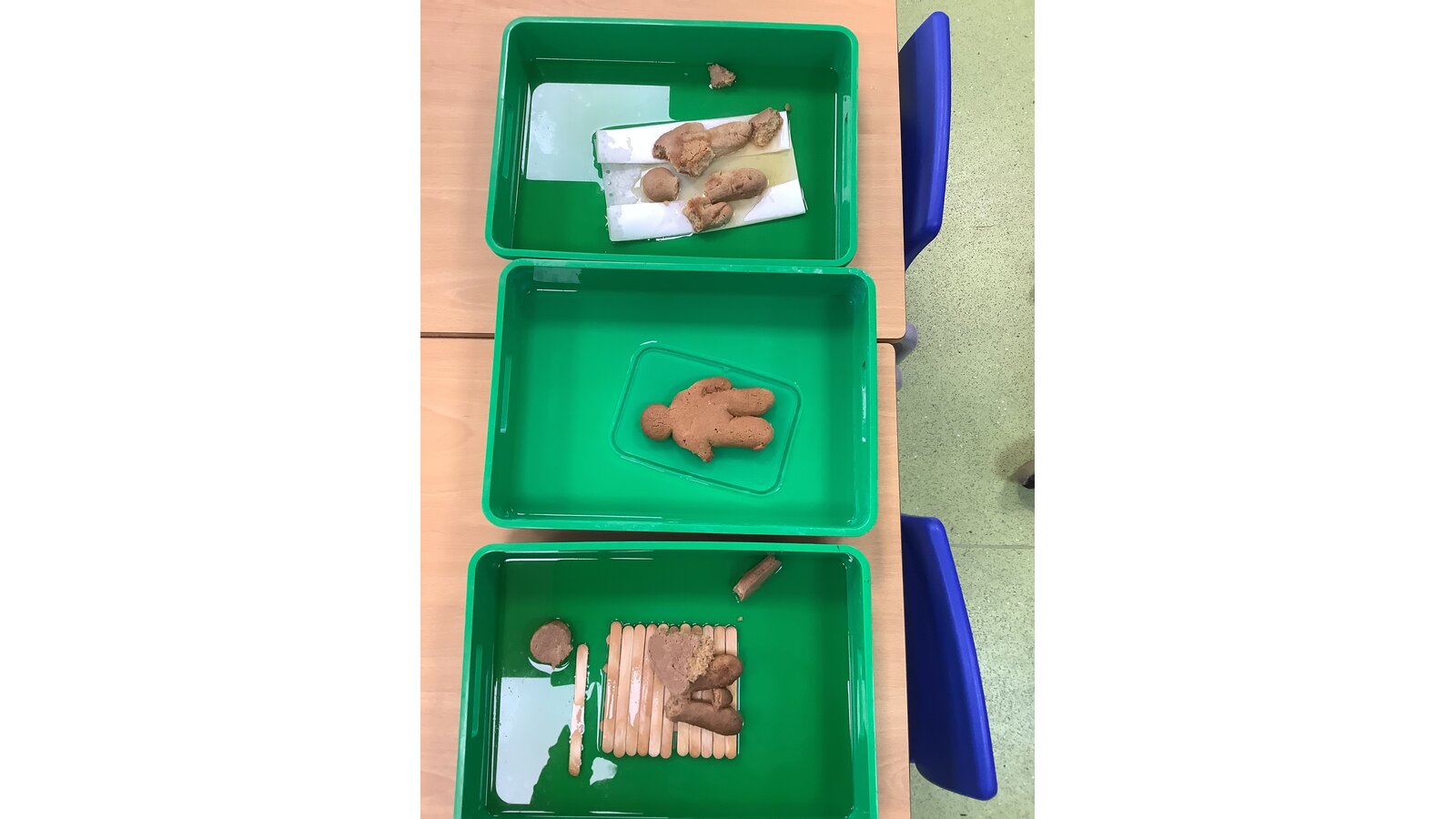 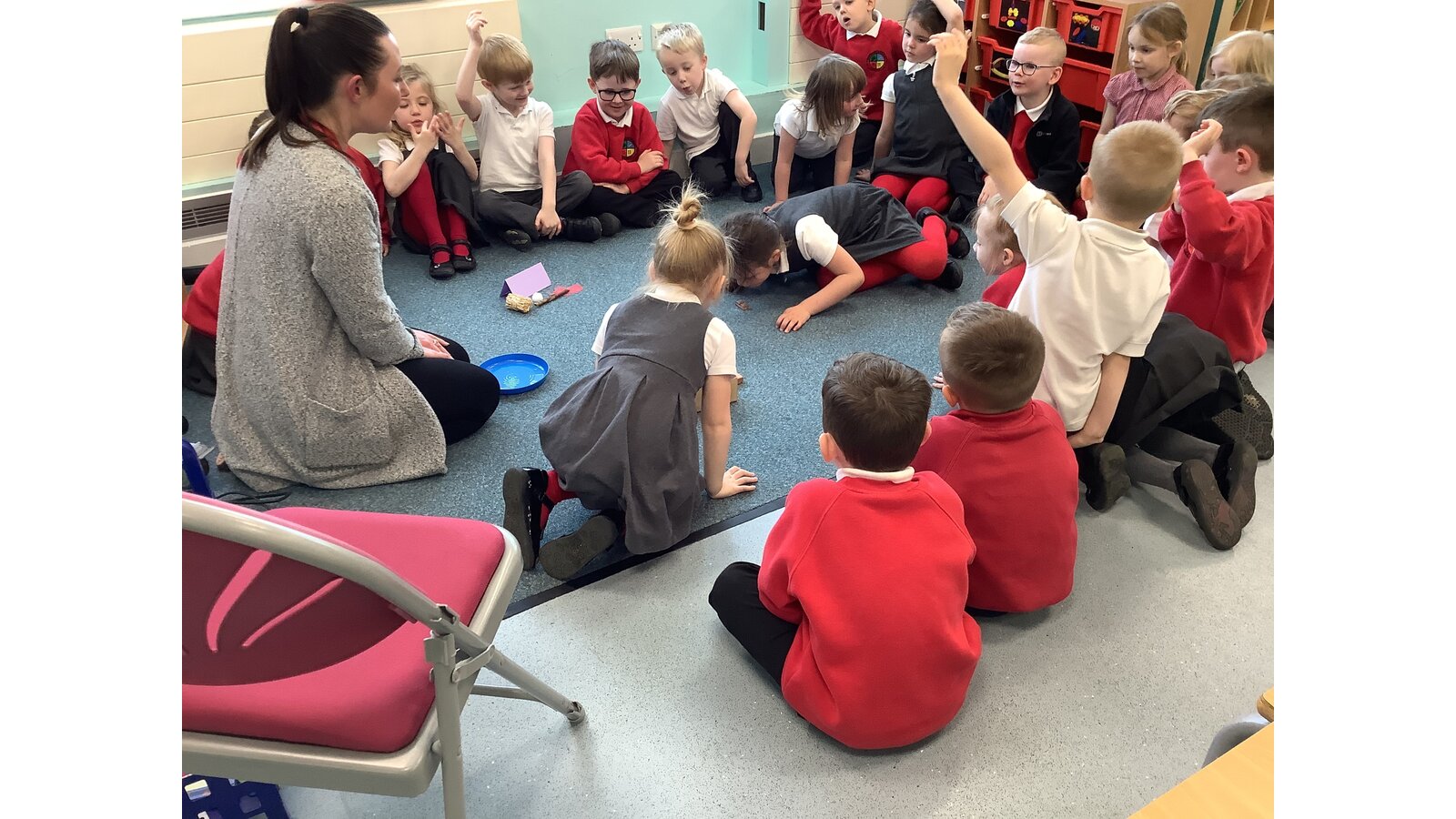 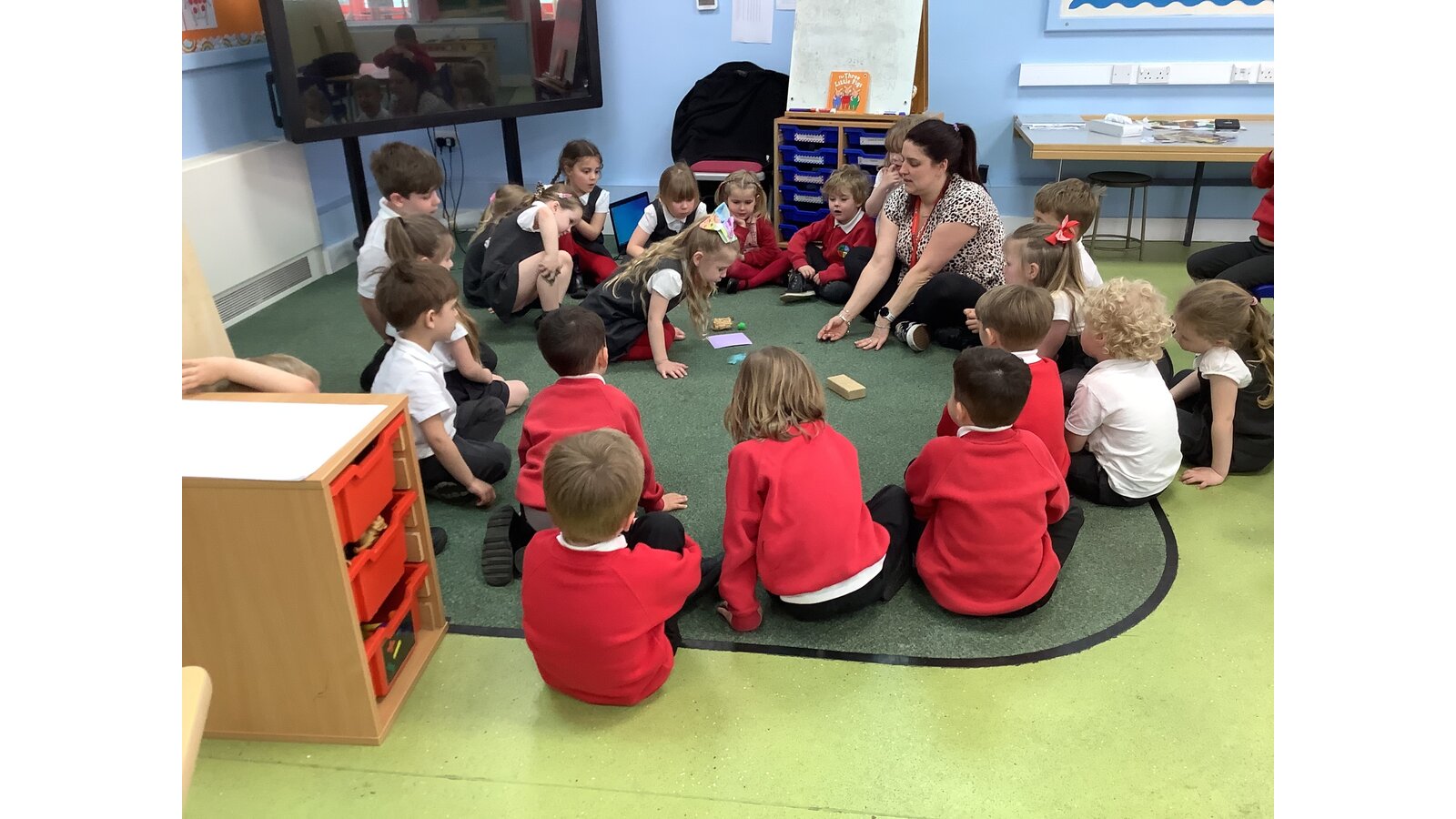